Yet, until coronavirus recedes, prospects are patchy, an industry executive said. “Buyers are very careful,” while some sellers are apprehensive about plunging in, he said. Moreover, FIGs are wary of opening the financing spigots. “Banks have hit the brakes,” he added.

COVID-19 will cast a shadow over the coming months, Ferdi Kramer, founder-partner at Dutch advisory firm Rembrandt Mergers & Acquisitions said. "When it comes to M&A in the Netherlands in 2021, I have a strong feeling that it will be a gap year," he added.

Yet, “once we have thrown off the yoke of corona,” activity will revitalise, Kramer said. This could be as early as 1H21, he said. For now, a tough winter beckons. The Netherlands’ government has tightened lockdown measures until mid-January.

Some sectors will be buoyant in 1H21, Kramer said. As the uptake of renewables accelerates, green power firms, from heat pumps to installers, are attracting interest, he said. Recent deals include Cofra Holding’s EUR 100m-plus buyout of solar project developer Sunrock Investments, which completed in October.

In the same vein, demand is high for outdoor activity-related targets, from garden furniture to sportswear suppliers, Kramer said. Examples include KeBeK Private Equity’s November investment of an undisclosed sum in Borek Parasols.

Limits on travel could translate into more all-Dutch deals, Kramer said. He pointed to the EUR 400m-plus acquisition of department store chain HEMA by Parcom Capital Management and Mississippi Ventures as an example.

Construction, despite “ticking over nicely,” is also struggling to secure capital from nervous FIGs, Kramer said.

An industry player predicted trade sales will be thin on the ground. “Strategic players are treading water,” he said.

A varied menu for the PE palate

Pandemics aside, sponsors have an array of different sectors to choose from.

Erotica is one sector spicing up M&A, as lockdowns fuel demand, a banker said. Feel Robotics, which, through Kiiroo, develops interactive adult toys, is thought to be coming on the block, two sources familiar with the situation said.

Feel Robotics did not respond to requests for comment.

Christine Le Duc, too, is viewed as likely to come to market, one of the sources and a consultant tracking the situation said. The supplier of lingerie and toys has been bolstering its online presence and divesting non-core shops.

Christine Le Duc’s owner Erwin Cok did not respond to requests for comment.

In services, mortgage brokerage Van Bruggen Adviesgroep is tipped for a sale, a source familiar with the situation and two local bankers said. Staffer Brainnet is also rumoured to be eyeing a new shareholder, the two bankers and an industry executive said. Inland terminal operator BCTN, too, is viewed as likely to join the pipeline, three local bankers said.

Van Bruggen, Brainnet and BCTN did not respond to requests for comment.

Neither Nedvest nor Motorcycle Storehouse responded to requests for comment.

Active Capital partner Mels Huige, however, said no plans are afoot to exit either investment. Amphitec and Codi did not respond to requests for comment.

Big-ticket hopes are centred on Novagraaf Holding, two local bankers said. Paragon Partners has owned the intellectual property services provider since a 2017 buyout for an undisclosed sum from Gilde Buy Out Partners.

Neither Novagraaf nor Paragon responded to requests for comment.

Talk has also swirled of Waterland prepping software developer Image Line for a sale, a local banker said. Yet Waterland Managing Partner, Cedric Van Cauwenberghe, countered that, with Image Line’s buyout having taking place in February 2019, “it is far too early to start thinking about an exit.”

Image Line did not respond to requests for comment.

Cycling is likely to remain lively even after the virus recedes, Plouvier said. Having won new devotees, “the bike is here to stay,” Plouvier said.

by Benaiah Moses and Tjeerd Wiersma; analytics by Marie-Laure Keyrouz 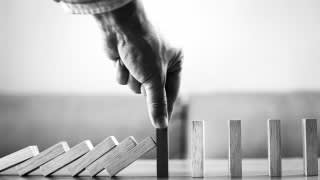 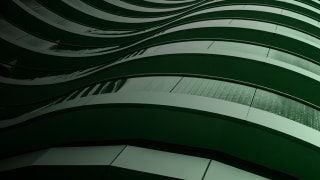