CEE TMT, energy and infrastructure among bright spots for M&A in 2H20

CEE TMT, energy and infrastructure among bright spots for M&A in 2H20

1H20 deal count falls to 165 transactions across the region

Regional dealmakers remain cautious about the prospects of an M&A recovery in Central and Eastern Europe (CEE). Nonetheless, in spite of fears surrounding a second wave of the pandemic, activity is reigniting in selected sectors, albeit under "new normal" conditions.

Defensive, non-cyclical sectors such as technology and telecoms, food processing/consumer products, utilities, energy and infrastructure continue to attract investor interest and are likely to dominate activity in 2H20, dealmakers said.

Reported deal volume in 1H20 for the CEE (excluding Russia), totaled EUR 7.5bn and was 35.7% lower than the comparable period last year, with the deal count down by a third to 165 (1H19, 229 deals), the lowest since 1H04, according to Mergermarket. M&A flow in the CEE, a region that is traditionally scarce with local capital, followed the historic pattern of higher inbound dealmaking: 78 inbound deals generated a value of EUR 4.7bn compared to 87 domestic transactions worth EUR 2.8bn.

However, going forward, as international ties loosen, the CEE could see more intraregional deals, one regional banker said, pointing to the recent spike in Hungarian-Polish cross-border transactions as an example.

A number of distressed assets are also expected to come to market across the region towards the end of 2020, once state aid dries up and bank loan holidays come to an end, advisers said.

Although these opportunities are being closely monitored by investors, local dealmakers are still wary of pointing out logical targets. They suggest, instead, that commercial real estate assets and related businesses are key areas where deals are to be expected. 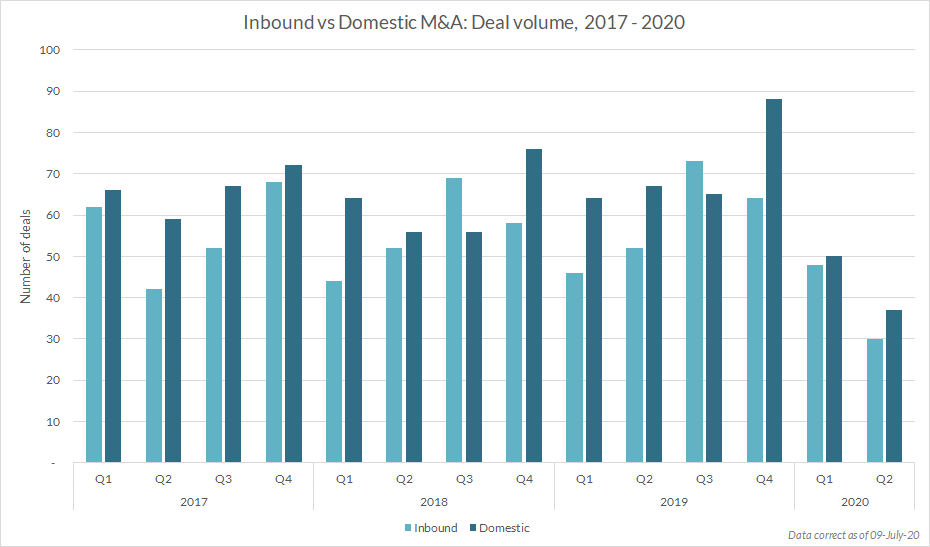 At first glance, M&A activity in 1H20 was surprisingly strong, with 46 deals valued at just over EUR 5bn (1H19: 70 deals and EUR 3.5bn) according to Mergermarket data. This was a result of a few 1Q20 transactions in TMT, real estate and the retail sectors, with just 17 deals signed in the second quarter this year.

Dealmaking is only now resuming and with fewer holiday travel opportunities and a desire to catch up, activity is expected to continue during the normally inactive summer holidays, one regional banker said.

Major transactions anticipated in 2H20 include the sale of Apteka Gemini pharmacy chain by Warburg Pincus, one of the many sale processes that was shelved in 1H20 due to COVID-19, and the disposal of telco towers operator Polkomtel Infrastruktura (PI), as reported. PI’s parent, Cyfrowy Polsat [WSE:CPS] media group, could itself end up on the block in the longer term as a consequence of founder’s succession, one TMT banker suggested.

Healthy levels of activity are also expected in the solar, onshore and offshore wind sectors, one banker said. These are assets that are attracting investor interest due to stable cashflows and the ongoing switch from conventional to green energy, he commented.

The country’s vast, outsourced IT services sector is also ripe for consolidation, with a host of mid-sized, founder-owned players presenting a platform-building opportunity for sponsors, the TMT banker said. Cornerstone Partners (CP)-backed Avenga (IT Kontrakt) is one such target, the TMT banker and another sector banker said, although a third sector banker suggested that talks of an Avenga’s sale may still be premature.

Many owners who had been weighing a sale are delaying as they wait for their companies to recover, keeping quite a number of sale processes indefinitely on hold, several bankers said.

Increased divergence in valuation expectations could hamper the completion of deals in the coming year, one fund executive said, while another thought valuations in the travel and tourism segment would be particularly hard-hit.

While overall 2020 deal flow will be down, activity is picking up again and there is cautious optimism, advisers and fund executives said. Mid-sized deals are the first to show some recovery with larger ones seeing more delays, one dealmaker said.

There is a large amount of local money available for acquisitions which will continue to drive deals, several dealmakers said. Other drivers over the next six months will continue to be succession issues where company founders approaching retirement have no successors to take over the business.

There is also expected to be more companies selling non-core central European assets so that they can focus on other geographies or raise cash from divestments, several bankers said. The sale of energy company innogy [ETR:IGY]’s Czech retail assets, delayed by several weeks due to COVID-19, is an example of this, as well as the sale of brewer Molson Coors‘ central European assets which has been mooted to kick off towards year end.

COVID-19 is driving some companies such as Banking Software Company to consider a strategic investor to take advantage of growing digitalisation opportunities, as reported.

IT, industrial production, services and the food sector are among the most active sectors with activity expected to continue, several advisers said.

Infrastructure and tech in the Baltics

The Baltics saw a significant drop in deal value in the first half of the year, although deal count slightly surpassed the same period last year: 28 transactions valued at a combined EUR 173m in 1H20 compared to 27 deals worth EUR 910m in 1H19.

M&A activity is now more fragile than before the pandemic because the macroeconomic outlook is still uncertain for 2H20, said partner at Redgate Capital Aare Tammemäe. If the situation in the Baltics and nearby markets continues to be stable, M&A levels may be closer or back to normal in 2H20, said manager at PwC Deals Gerds Ivuškāns. Strong corporate balance sheets and cash reserves of local PE houses are among the deal drivers in the region, he added.

Infrastructure-related sectors are widely seen as resilient in the face of economic turbulence and are therefore a safe investment, according to polled local dealmakers. The potential sale of Finnish Fortum’s [HEL:FORTUM] Polish and Baltic district heating assets is among the largest situations to be watched in 2H20, several dealmakers said. An IPO of the Lithuanian state-owned energy group Ignitis is another sizable situation possibly slated for the autumn. Enefit Green, a renewables subsidiary of Estonian state-owned Eesti Energia, could also go ahead with an IPO this year, two advisers said.

The technology space is another hot M&A area in the Baltics, polled bankers and lawyers said. In this sector, the e-commerce segment has the largest potential for dealmaking, a banker said. This is due to growing revenue and improving profitability as a result of shifting consumer behaviour during the pandemic, he added.

He suggested Morele/Pigu, the Polish/Lithuanian e-commerce group, as a logical target. This news service reported in 2019, citing the group’s sponsor MCI Capital [WSE:MCI], that the group could be put for sale in 2021. 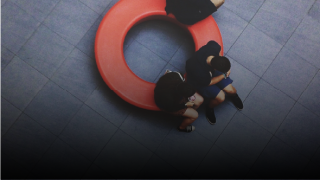