CEE-based dealmakers polled by this news service are expecting strong levels of deal activity in 2021. Large-cap deals are expected to spill over from this year with a number of smaller new transactions also in the pipeline, especially in the digital economy/TMT sectors, they said.

The market is awash with cheap financing, with financial investors under pressure to spend money that is sitting in zero-interest rate accounts, one regional dealmaker said. With high hopes for COVID-19 vaccines and expectations for further macroeconomic recovery in 2021, the region is well-positioned to attract more inbound investment, bankers said.

Themes that could drive regional M&A include reshoring manufacturing to Europe in an attempt to shorten supply chains, investments into offline-to-online retail and B2B, and the switch from conventional to alternative energy such as solar and wind, bankers agreed.

Meanwhile, a wave of distressed deals in sectors such as fashion retailing that were expected since late spring have failed to materialise. However assets in these hard-hit sectors may still come to market once state-aid runs out, they said.

According to Mergermarket data, disclosed deal activity in the CEE (excluding Russia) YTD totalled EUR 18.96bn, a 20.2% decline from 2019. This was mainly due to low activity in 2Q20 during which lockdown and travel restrictions were in place. Annual deal count decreased to 342 (527 transactions in 2019), the lowest since 2009.

The mood among bankers in Poland is generally upbeat, and aside from 2Q20, the Polish M&A scene saw decent levels of activity YTD, with EUR 10.4bn worth of deals across 99 transactions (compared to EUR 7.9bn for 152 deals in 2019) according to Mergermarket data.

Large-cap deals are back and are dominating the market at the expense of mid-market transactions, a trend that is set to continue at least into the first half of 2021, several Warsaw-based dealmakers said.

More M&A deals are also expected in the country’s vast video games industry, as potential buyers such as Microsoft [NASDAQ:MSFT] and blue-chip names from the Asian digital entertainment sector scout the market for targets.

The turn towards green energy could also drive M&A as companies working as subcontractors for the coal mining sector weigh their longer-term prospects, one Polish banker said. While the sector as a whole is starting to wind down, industrial names such as boiler-maker Rafako may retain enough value to be attractive to opportunistic investors, he said. The Polish alternative energy sector, particularly solar and wind farms, are also attracting interest because of decarbonisation and the switch to cleaner energy, while a number of early-stage investors such as Lithuania’s Sun Investment Group and Green Genius are looking to cash in.

Deals are also expected in the meat processing industry, with ZPM Biernacki in an active process to seek an investor, Highlander Partners-backed QFG potentially coming to market soon and the sector leader Cedrob tipped as both an acquirer, a potential target and an ECM candidate. However, different views on strategy among Cedrob’s shareholders could hamper major M&A moves, bankers said.

Deal activity in the Baltic states is now strong and with COVID-19 vaccines in the works it may pick up further, unless price expectations go through the roof, partner at PwC Teet Tender said. Moreover, due to an increasing risk of inflation, strategic investors may be willing to acquire inflation-resistant assets in the next few years, director at KPMG in Lithuania Darius Klimasauskas added, without elaborating.

However, the full impact of the pandemic is yet to be seen, with subsidies running out and layoffs taking root, partner at a law firm Ellex Raidla Sven Papp said. Rising unemployment may ultimately have a negative impact on consumer spending and consumer confidence, which in turn would spill-over into more sectors than those hit so far, he added. Real estate and construction are among sector examples that can see the pandemic effect in a longer term alongside the first-hit passenger transportation, and leisure-related fields, he added.

The Baltics have seen a total of 61 deals for a disclosed EUR 1bn value so far this year, only a slight decrease compared to last year (67 deals, EUR 1.1bn), according to Mergermarket data. The pandemic impact on M&A activity was milder than expected in the spring, as local economies shrank less than initially forecasted, dealmakers said.

Next year, private equity houses will remain among the deal drivers in the region, with sponsors such as INVL Baltic Sea Growth Fund or BaltCap retaining enough dry powder to look at deals in enterprise deal values of up to EUR 100m, which account for 99% of Baltic deals, partner at law firm Sorainen Mantas Petkevicius said. The pandemic does not change these sponsors’ investment period or willingness to invest, he commented.

A successful exit of the Finnish energy group Fortum [HEL:FORTUM] from the Baltics and Poland could prompt other infrastructure, energy or utilities sector players to seek a sale, a Latvian banker suggested. He pointed to unspecified smaller heating sector players as potential deal candidates. In this space, Lithuanian district heating specialist E Energija is considering attracting an investor, as reported.

After a lull in dealflow in spring and early summer as M&A processes were put on hold due to the pandemic, deal activity is in full flow, advisors polled said. However, some processes are still being impacted by reduced interest from foreign buyers due to COVID-19, one advisor said.

While there is plenty of M&A activity and lots of money available to invest, some PE companies are seeing a slowdown in the number of interesting opportunities coming to market, Zuzana Pickova, CEO of the Czech Private Equity & Venture Capital Association, said. The introduction of the vaccine will boost M&A next year as it brings economic certainty, she added.

Dealflow is healthy across all sectors several advisors said, with several pointing to an uptick in activity in the IT sector and one mentioning increased activity in financial services. Investors are increasingly looking at earlier-stage assets, such as several-million-euro startup investments, one advisor said, while another pointed to higher interest in IPOs. E-commerce and software, including remote work software will continue to be hot sectors, one said.

Some of the larger deals expected in the coming months include the earmarked sale of a significant stake in Penta Hospitals. Other sizeable ongoing deals in the country include a EUR 100m fundraising by online supermarket Rohlik.cz, which has mandated Arma Partners to advise on the transaction, CEO and majority owner Tomas Cupr told Mergermarket. Others also include the sale of Russian-owned Expobank CZ and the sale of outdoor tile manufacturer Best, as reported.

Deal flow is being driven by liquidity in the market and increasingly by high net worth individuals and family offices seeking to invest proceeds from the sale of their companies, sources said. Many companies are also keen to push deals through as there is a sense that normality may not return for another year, one of these sources concluded.

by Jurek Maczynski, Agne Mazeike and Katka Krosnar with analytics by Zaynab Dost 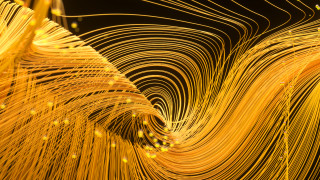 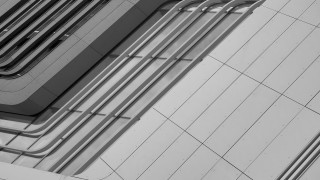