COVID-19 may not be entirely to blame for this drop, as deal activity in 2019 was below the recent trendline. “We started to see a decrease in activity as we went into 2019,” said Conor Cahill, partner at Deloitte. “When COVID-19 came along, it hampered things even further.”

However modest, signs of hope are apparent; as Europe’s lockdowns ease, deal activity is already picking up again, said Harry Kalmanowicz, managing director at Lincoln International. A lot of clients who paused transactions at the start of the pandemic are now coming back to restart these processes, Cahill added.

Examples include the sale processes for Italian personal-care and household-products manufacturer Farmol and Polish pharmacy chain Apteki Gemini, as reported.

Kalmanowicz laid out a bell-curve model for the sector. On one end, the high performers include producers of staple foods, certain beauty products and direct-to-consumer businesses, many of which thrived in the pandemic, or are now recovering rapidly. These businesses will attract relatively healthy deal activity, he said.

Recent strategic tie-ups in the food space include Newlat’s [BIT:NWL] purchase in April of a 46% stake in dairy producer Centrale del Latte d’Italia [BIT:CLI], followed by a mandatory offer for the remainder, for EUR 37m; the acquisition in May by Promise, an Ireland-based bakery brand owned by Mayfair Equity Partners, of Rudi’s Bakery for an undisclosed amount from Hain Celestial [NASDAQ:HAIN]; and the takeover in June by Morato Pane, an Italian bakery brand owned by Aliante Equity, of the formerly family-owned Roberto Industria Alimentare for EUR 25m.

More lies ahead. Near the base of the supply chain, family-owned French yeast producer Lesaffre could be for sale; its reputed EUR 6bn valuation would fillip total deal value in the space. Among upcoming deals closer to the consumer, PE fund Nimbus has hired PwC to sell Halo Foods, a UK-based producer of snack bars, this summer. UK-based biscuiterie Fox’s Biscuits, owned by Two Sisters Food Group, is also set for a sale in 3Q20.

As the Charlotte Tilbury sale shows, deals in the cosmetics space are now predominantly for high-quality assets, said Muriel Petit, EMEA head of consumer products investment banking at Jefferies. Yet, for those high-quality cosmetics assets, there are more buyers than sellers, she said. The likes of L’Oréal [EPA:OR] and Shiseido [TYO:4911], which have led the way as consolidators in the cosmetics space, are being rewarded with rich valuations for their dealmaking.

The shape of future M&A in the cosmetics space will be determined not by acquisitiveness – which seems assured – but by trends, Petit said. Emerging trends in the space include premium, direct-to-consumer and clean-beauty brands, she said, cautioning that newly cash-conscious consumers may gravitate back towards mass-market brands as economic woes persist. A trend likelier to stay, she said, is the rise in online sales of beauty products, which have in three months grown as much as some expected in 10 years. The latest example of this latter trend resulting in a deal is Specchiasol, an online distributor of own-branded cosmetics, which in May sold to White Bridge Investments for an undisclosed amount.

Driving deal activity for the poor performers on the other end of Kalmanowicz’s  bell curve, are firms which have seen their cash flows severely impacted by the pandemic over the past few months and will likely continue to be impacted, with the pandemic posing an existential threat. Such distressed situations will continue to be a significant catalyst for M&A in the months ahead, he and another sector banker said.

The most distressed subsectors, and therefore fertile ground for immediate M&A, include retail, travel and casual dining, Kalmanowicz said. Traditional retail has had a terrible go, with a swath of incumbents taken into administration and sold. Among the high-profile collapses is flagship Dutch retail chain Hema, which was last month taken over by its creditors, including Crédit Suisse and The Carlyle Group [NASDAQ:CG], with a formal sale process to begin later this year.

Nearly all apparel-retail M&A booked this year in Mergermarket’s database has involved a target being bought out of administration. Notable deals of this sort include SCP Private Equity’s purchase of UK-based menswear retailer TM Lewin – whose shirts many readers of this article no doubt own – from Bain Capital, and Gordon Brothers Group’s acquisition of UK-based textile and furniture retailer Laura Ashley.

Casual dining, too, has driven distressed M&A. Iconic brands left for the vultures include  French-Belgian restaurant chain Le Pain Quotidien, which fell into administration and was bought out in May by PE funds Cobepa and M80 Partners.

With both ends of the bell curve offering rationale for M&A, it is the great number of businesses in the middle that will determine the near future of dealmaking in the consumer sector, Kalmanowicz said. Firms in this group have not really suffered enough to require an M&A solution or enter administration, but nor have they flourished, he said.

As sellers, many of them are still hung up on pre-pandemic valuations, whilst buyers  are more interested in opportunistic acquisitions, he said. Moreover, bids are unlikely to be forthcoming for firms that have performed poorly but avoided bankruptcy. Petit said she will not advise clients in the troubled luxury space to come to market until better knowledge of post-COVID shopping habits can be won. The Carlyle Group was lucky in February to sell its stake in Golden Goose, an Italian luxury brand, to Permira, she said. Less-well-timed luxury deals are in limbo; LVMH [EPA:MC], for instance, has explored abandoning its pending acquisition of Tiffany [NYSE:TIF].

Consumer-sector deal activity is unlikely to return to its previous levels in the short-term, but as buyers’ and sellers’ price expectations begin to align, M&A activity in the vast middle segment will begin to pick up again, Kalmanowicz said. Ready financing should also help spur demand, said Alban Bouley, managing director for consumer and retail at BNP Paribas CIB.

PE funds are particularly well placed to take advantage of targets’ new price expectations, although some are modelling a second-wave scenario for COVID-19 and so remain wary of vulnerable assets, a second sector banker said.

Renewed interest by PE funds would represent a turnaround from recent years; the value of PE buyouts in the European consumer sector fell from EUR 19.2bn (192 deals) in 2017, to EUR 9.3bn (193) in 2018, to EUR 8.5bn (178) in 2019, Mergermarket data show. PE funds are indeed showing renewed interest in the sector; 2Q20 saw EUR 4bn in PE buyouts – the fourth-highest quarterly total in the last five years.

PE funds should have plenty more available targets in the months ahead. As activity rebounds, some of the biggest deals will be disposals by big strategic companies, Petit said. Such disposals will be driven in part by management using the pandemic as an opportunity to simplify their businesses and strengthen their balance sheets, as well as to stave off activist investors, Cahill said.

Among the disposals underway are Unilever’s [LON:ULVR] sale of its black-tea brands, slated for this September; Koninklijke Philips’s [AMS:PHIA] sale of its domestic-appliances unit, also on track for Q3; and GlaxoSmithKline’s [LON:GSK] separation of its consumer-health business. As demand recovers, Henkel [ETR:HEN3] is also a candidate to hive off units and simplify its businessas reported.

As these assets come to market, strategics will be more prudent on cross-border deals, Bouley said. In uncertain times, C-suites tend to look closer at deal execution risks, he said. Firms ranging from online apparel retailer Boohoo [LON:BOO] to French pasta producer Saint Jean have been reported to be acquisitive in their home markets. Mergermarket data reflect this introversion, showing inbound European cross-border deal activity in the sector to have fallen 71% from 2Q19 to 2Q20, compared to the domestic drop-off of 59%. It will be up to cash-rich and adventurous PE funds to pick up the slack as Europe emerges from lockdown.

by Barbara Pianese and Deane McRobie in London, with analytics by Marie-Laure Keyrouz and Thorsten Louie Pedersen 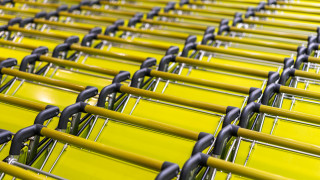 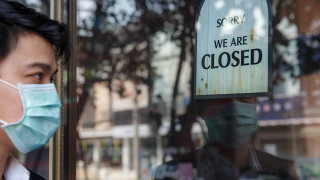 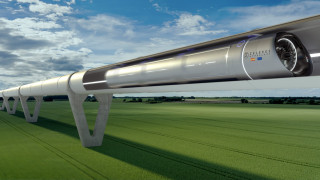 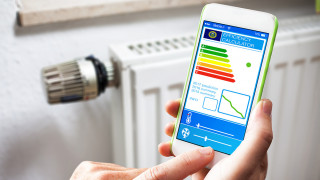