European dealmakers started to see a recovery in M&A activity in the third quarter of 2020, with several large deals announced after a quiet second quarter, according to Mergermarket's 3Q20 Global Report. A total of EUR 140.1bn was spent on European firms in 3Q20 across 1,244 deals, representing a 45.2% increase on the second quarter value of EUR 96.5bn. The combination of a rise in cases, the possibility of more stringent measures returning and Brexit uncertainty, however, will be a cause for concern in the final quarter of the year. 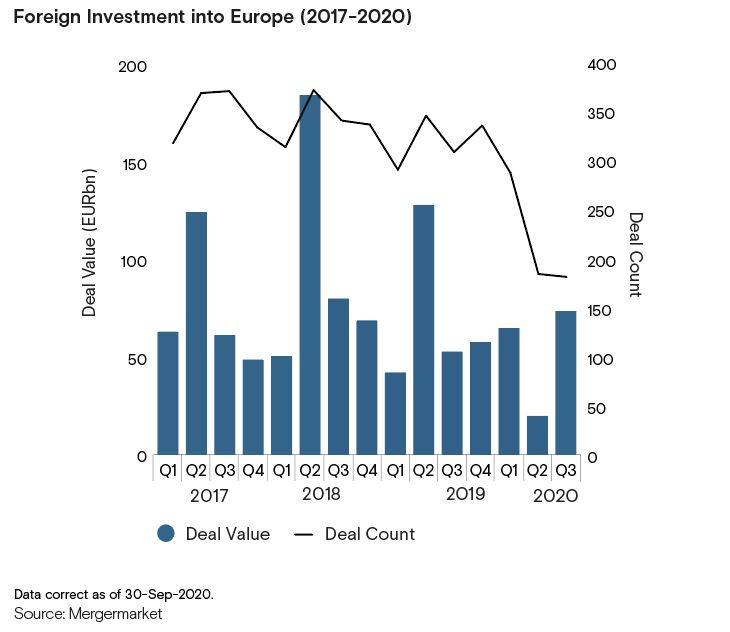