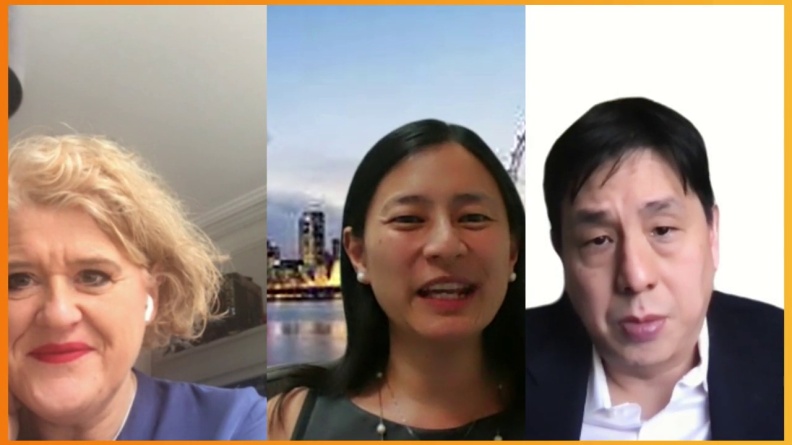 Louise Wallace is Head of the International CMS Corporate group, leading the team of over 1000 corporate lawyers globally, corporate lead for the Consumer Products sector and also has a very active Hotels & Leisure practice, being recognised as Band 1 for Hotel and Leisure M&A.

Louise was appointed as CMS Head of Corporate in January 2021 and she specialises in acting on some of the largest multi jurisdiction transactions and advisory work across the globe and is recognised in Chambers for M&A.  Most of her transactions have an international element, including recent transactions for, and advice to, for Invesco, Logistics Capital Partners and Associated British Foods as well as for long standing client including Advance Publications, Conde Nast, Lone Star, Patron Capital, DTGO and Nestle.

Dr. Jeffrey Chi joined Vickers in 2005 and is a member of the Investment Committee. He is based in Shanghai and Singapore. Between 2013 and 2017 Jeff also served as the Chairman of Singapore Venture Capital Association.

Prior to joining Vickers, Jeff was a Corporate Finance Specialist and an Executive Director at Pegasus Capital, where he managed engagements for a wide range of clients in both the public and private sectors. He was a Senior Consultant with the Monitor Group from 2001 to 2002.

Jeff’s operational background includes working on the management team of an engineering and construction group where he oversaw operations in Singapore, Malaysia, Taiwan and Indonesia from 1992 to 1998. As the Managing Director, he guided the group into tripling its revenue in a mere 3 years, which helped the group clinch a spot in the Enterprise 50 awards in Singapore.

Jeff graduated from the University of Cambridge with a First Class Honors in Engineering and has a Ph.D. from the Massachusetts Institute of Technology. He is also a CFA charterholder, and is fluent in English and Mandarin.