Iberia’s booming healthcare sector has remained active throughout the COVID-19 crisis as companies raise money and consolidate, with more deals in the pipeline.

However, the sensation of frantic activity can be misleading. Most of the active players are still quite small, while the larger players tend to be conservatively run, one Madrid-based banker familiar with the sector said.

There has already been a fair amount of consolidation, including private equity (PE) firms backing buy-and-build strategies. Areas like diagnostics are particularly appealing for overseas investors, a Lisbon-based lawyer said.

The healthcare sector should continue to consolidate, the banker said, adding that there is a risk that lots of smaller companies competing for buys will drive up prices.

Funds are very keen to enter the sector, which is both defensive and attractive during pandemics, a second Madrid-based banker said. However, it can be difficult to find targets with attractive prices, he agreed.

One example of a buy-and-build strategy in the diagnostics space is Alantra Private Equity, which wants to consolidate the Spanish genetic diagnosis market. It merged three companies — Imegen, Genycell Biotech and Health in Code — at the end of last year and has already been approached by other players that want to join the group.

Venture capital (VC) firms have also been very active, the second banker said. One significant funding round in the first half was GHO Capital Partners backing FairJourney Biologics of Portugal in January, as reported.

Significant fundraisings in the pipeline include Sword Health, a Luso-American physical rehabilitation technology company, which expects to raise between USD 20m (EUR 17.5m) and USD 30m in a Series B funding round next year; and Kanteron Systems, a Spanish medical technology company, which has begun talks with funds from Silicon Valley, New York, London, Dubai, Hong Kong and Shanghai to raise USD 15m.

The sector has a sharp division between biotech and pharma companies and device makers on one hand and service providers on the other, the second banker said. On the pharma side, there are deals in the pipeline as PEs seek to diversify, while there has already been a fair amount of consolidation on the services side, this banker said.

Sword Health, a Luso-American physical rehabilitation technology company, expects a Series B funding round next year, CEO and founder Virgilio Bento said. The company will be looking at raising between USD 20m and USD 30m, which will be used to accelerate commercial and operational development. Sword Health moved its headquarters to New York City from Portugal in the second half of last year. Europe and Australia represent most if its business, though the US will rapidly overtake these regions.

PlusVitech, a Spanish biotechnology company, is looking to raise EUR 1m based on a pre-money valuation of EUR 4m, CEO and co-founder Vicente Salinas said. The Seville-based company based its in-house valuation on forecasted R&D potential of its cancer and COVID-19 treatments. The company is already in initial talks with investors.

Kanteron Systems, a Spanish medical technology company, has begun talks on a large fundraising round, founder and CEO Jorge Cortell said. The Valencia-based company aims to raise USD 15m to achieve a post-money valuation of USD 116m. It has begun talks with funds from Silicon Valley, New York, London, Dubai, Hong Kong and Shanghai. It has already signed a couple of letters of intent. The round is still open, and more approaches are welcome. The fundraising is aimed at venture capital (VC) firms, particularly those with experience in the sector who can bring smart money to the table.

Spain's Atrys Health [BME:ATRY], which provides diagnostic services, continues to pursue its inorganic growth plan, Executive Chairman Santiago de Torres said. The company aims to close more than one acquisition this year. It is analysing deals in Chile, Peru, Ecuador and Brazil. It is working with an advisor for due diligence in two of these deals. Atrys is interested in Latin American targets in medical imaging and tele-health. It could also look for acquisitions in Spain, mainly laboratories focused on genetic and genomics diagnosis, which would complete its existing service offering, he added. The company subsequently raised EUR 60m in June 2020 to carry out acquisitions and move from the alternative stock market MAB to the continuous market, the local press reported in June.

Neurofix, a Spanish biotechnology company, is planning to raise up to EUR 1.35m ahead of a listing in 2021 when it will raise another EUR 2.5m, CEO Miguel Angel Avila said. The Salamanca-based company, which is developing lipid-based therapies for the treatment of neuro in logical pathologies, will raise the EUR 1.35m in two rounds to finance its pipeline research. Neurofix is expected to have a pre-money valuation of around EUR 10m in the fundraising. It expects to have a valuation of between EUR 14m and EUR 15m before its listing on the Spanish alternative (MAB) stock market.

Quibim, a Spanish software developer that specializes in quantitative imaging biomarkers, is closing a fundraising worth around EUR 5m and plans a bigger one next year, CEO and co-founder Angel Alberich-Bayarri said. The current pre-Series A, with foreign and Spanish investors, will be closed as soon as the coronavirus crisis allows it as investors are concluding the due diligence phase. Some of the investors are from overseas, which could further delay the close. The Valencia-based company has looked for investors in-house while the investors have hired due diligence advisors.

Top Doctors, an online platform that connects patients with specialized doctors, is looking for acquisitions, CEO Alberto Porciani said. The Barcelona-based company is interested in buying companies focused on medical tele-diagnosis that would complete its solutions. It is using an in-house team to screen the sector for targets. Top Doctors reached USD 10m in revenues last year and has been growing 40%-50% annually.

An unnamed portfolio company from Alantra Private Equity wants to consolidate the Spanish genetic diagnosis market, Alantra’s partner David Santos said. The private equity (PE) firm merged three companies - Imegen, Genycell Biotech and Health in Code - at the end of last year, Santos said. The three companies are already working together as a group, even though it does not have a name yet, he said, adding that it will be a consolidator. Alantra is interested in buying companies working in the genetic diagnosis sector to complement its current portfolio with products or technology. Targets are usually small companies but there are some with revenues around EUR 15m. Since Alantra’s announced last year's deal, several companies have approached Alantra to become part of the group. 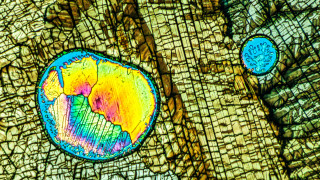 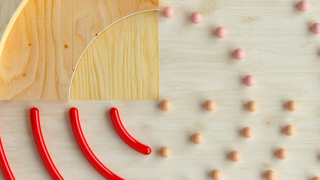 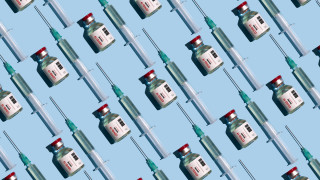