Data Centers: The Next Generation 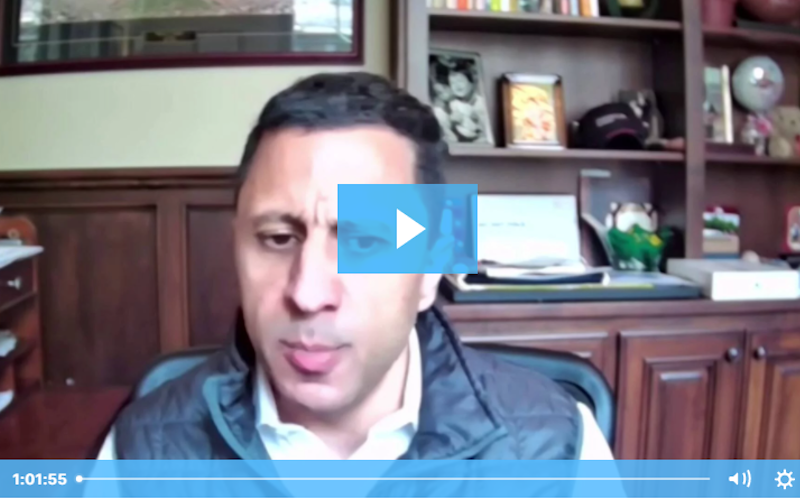 With expertise in navigating strong capital markets and complex M&A transactions, Metwalli has been instrumental in the execution of Vantage’s growth and was the architect of the successful 10-figure debt and equity financing needed to fund the development of multiple hyperscale data center campuses in different markets simultaneously.

Prior to joining Vantage, Metwalli served as managing director at SunTrust Robinson Humphrey with clients in the data center and communications sectors. He focused on executing debt and equity financings as well as M&A transactions totaling over $37.5 billion in value between 2015 and 2017. Before SunTrust, Metwalli served as a director at Wells Fargo Securities.

Jon Mauck is a Managing Director at Digital Colony. Mauck has 20 years of experience investing in, advising and operating communications infrastructure businesses. Mauck leads the data center investment strategy at Digital Colony and is responsible for the identification, evaluation, consummation, and management of new investments in the data center sector on a global basis.

Previously, Mauck was a partner in IO Data Centers, a privately held data center company, that developed and operated over 1.5 million square feet of data center space across North America, Europe, and Asia. Mauck was also a Managing Director and the Global Head of the Technology Infrastructure group at Citigroup’s Investment Bank.

Mauck currently serves on the Board of Directors of Vantage North America, Vantage Europe and Scala Data Centers.

Joseph Valenti is a leading telecommunications investment banker with more than 20 years of experience across various products and subsectors. He advises clients on mergers, acquisitions, divestitures, public and private equity and debt capital financings and restructurings.

Prior to joining PJ SOLOMON, Valenti was Head of Americas Telecom at Barclays. There, he was responsible for covering many of the firm’s key wireless and wireline telecom service providers, and developed a particular expertise advising communications infrastructure and cloud service providers. Before Barclays, Valenti spent 10 years at Lehman Brothers, most recently serving as the Head of TMT within Global Finance.

Santhosh is Managing Director, within the Investment Banking group in the Americas at Natixis. His ~20 years of experience includes advising clients across a broad range of Investment banking products including capital raising for acquisitions and green field build transactions. He has originated, structured and executed transactions across a range of TMT sectors with a focus on communications infrastructure sectors such as Datacenters, Fiber, Subsea / Terrestrial cable and Towers. Prior to joining Natixis in 2016, Santhosh was Director within the Global TMT Investment Banking group at Deutsche Bank in New York where he spent ~9 years advising clients in the Cable and Telecom sectors across a wide range of products including M&A, Debt and Equity capital markets. Santhosh holds an MBA degree from Columbia Business School, NY where he graduated with Honors and was inducted into the Beta Gamma Sigma Honor society. He also holds a Bachelors’ degree in Telecommunications Engineering from the University of Mysore, India where he graduated with Distinction.

Jim has a background in finance and has previously worked within internationally-renowned banks, including Bank of America Merrill Lynch, before transitioning into development roles in the energy industry. Prior to founding Birch Infrastructure, Jim led development for sPower, helping raise $4.8+ billion (USD) in institutional capital and overseeing the sale of the company for more than $1.6 billion USD. He played an integral role in the building of sPower, enabling the company to achieve a combined 20+ MW operating portfolio at time of sale, notably including 2.5+ GW of power purchase agreements related to greenfield projects. Earlier in his career, Jim pioneered utility scale solar development as Co-Founder of Silverado Power, which merged with sPower in 2013.