M&A activity up 11.2% despite pandemic as liquidity returns in abundance.

The infrastructure, healthcare, TMT and banking sectors are expected to drive deal making next year as Italy battles COVID-19’s second wave, according to dealmakers polled by this news service.

Unlike 2019, crossborder activity has remained a key driver in M&A activity said Giovanni Castaldo, head of M&A at Citi. Going forward however, the coronavirus pandemic, as well as the Brexit outcome and the volatility in the Italian political environment, are all key risk factors, which could delay or accelerate M&A in 1H21, Castaldo said.

The COVID-19 crisis pushed multiples up in high-growth potential sectors such as packaging, food and pharma, but depressed those that traditionally featured high valuations, for instance luxury, said Francesco Moccagatta, partner at advisory house Alantra. Multiples in the real estate and retail sectors are at all-time lows, he said.

Meanwhile, the IT, food and healthcare sectors were somehow boosted by an excess of demand, said Gianpaolo di Dio, senior partner at Fondo Italiano d’Investimento.

The pandemic also changed deal execution dynamics, especially in the last two quarters of 2020, said Moccagatta. Site visits are now conducted through drones, negotiations take place through video conferences and data rooms tend to be only virtual even in very small transactions, he said.

Overall, though, this year turned out to be better than expected, given how seriously Italy has been hit by the pandemic, said Mario Roli, a Milan-based partner at legal firm BonelliErede.

Contrasted to the economic crisis that Italy has undergone in the past 30 years, the COVID-19 emergency has been characterised by an extraordinary amount of liquidity in the market, di Dio said. This has fostered M&A activity and investments in general, he added.

“After a significant slowdown due to the pandemic in the first part of the year, the M&A market in Italy recovered well in the second half,” echoed Andrea Petruzzello, head of corporate finance advisory Italy at UniCredit.

The market is also witnessing an acceleration of generational handover processes, di Dio said. Several businessmen are prioritising the reinforcement of their family-owned companies’ managerial structure, making them more independent and ready to address foreign markets, he said.

Between February and June, the coronavirus outbreak had a particularly strong impact on PE deals in the first half of 2020, according to Michael Immordino, Partner at White & Case.

During these months sponsors had to find solutions to stabilise portfolio companies affected by COVID-19 and financing for new transactions was limited, he explained.

Although there were a few banking megadeals, mid-market deal making was to some extent hit by the pandemic, said Luca Picone, Partner at Hogan Lovells in Milan.

Once summer was over, dealmakers rushed to ink deals because they feared another imminent wave of lockdown measures, said Leonardo Graffi, also Partner at White & Case. Sponsor-driven M&A deals spiked in the last three months, Moccagatta said, adding that liquidity remains abundant in the PE market.

Italian companies overall tend to have relatively low multiples and continue to be attractive in the eyes of investors, according to Emanuela Pettenò, a Milan-based partner at PwC.

However, "we now see less international PE active in Italy, perhaps on the back of the restrictions that have been imposed. Auctions are less crowded, and entrepreneurs are more willing to listen to strategic investors with specific sector knowledge", said di Dio.

Sectors were affected in different ways by the pandemic, the dealmakers agreed.

There could also be continued activity in the food preparation space as a consequence of the home-bound lifestyle caused by the coronavirus outbreak, said Guido Testa, Partner at legal firm Orrick in Milan. Next year’s pipeline could see deals in food segments such as the oils and sauces space, as companies see revenues increase, Testa suggested.

The infrastructure sector was overall very active and is poised to continue to be a winner next year because of its strategic importance, said Stefano Giudici, head of investment banking for Italy at Nomura in Milan.

Roli pointed out that the coronavirus outbreak highlighted the importance of having good digital infrastructure.

This year, Cellnex [BME: CLNX] bought around 24,600 telecommunications towers from CK Hutchison Networks, including in Italy (for EUR 3.3bn), and a consortium led by Ardian acquired a 14.8% stake from Inwit [BIT:INW] for EUR 1.3bn

Fintech is also poised to be active, also on the back of the EUR 5bn merger between SIA, a payment systems operator, and rival Nexi [BIT:NEXI], which is controlled by Cassa Depositi e Prestiti through its subsidiary CDP Equity, Pettenò said.

Consolidation in the banking sector, which heralds a rich pipeline in Italy, is expected to continue following the UBI/Intesa deal and the subsequent acquisition of 532 Intesa branches by BPER Banca [BIT: BPE], according to the dealmakers.

For example, UniCredit [BIT:UCG] could consider a merger with BPER, while a tie-up with state-owned Banca Monte dei Paschi [BIT:BMPS] and Banco BPM [BIT:BAMI] are also still possibilities. according to reports. Meanwhile, Crédit Agricole Italia, a 75.6%-owned subsidiary of Crédit Agricole [EPA: ACA], announced on 23 November its plan to launch a voluntary cash offer on all ordinary shares of Credito Valtellinese [BIT:CRVL]  at EUR 10.50 per share.

The pandemic has also increased the government’s presence in M&A, mainly through the intervention of its investment arm, CDP, which took part in several strategic deals, including the acquisition of Borsa Italiana, the Nexi-Sia merger, the sale of an 88% stake in Autostrade per l’Italia (ASPI) and the deployment of the newly established EUR 40bn Patrimonio Separato, Castaldo said.

In April, Italy introduced new FDI measures via a law decree aimed at protecting strategic sectors to shield companies from becoming cheap takeover targets because of the drop in valuations triggered by the COVID-19 outbreak. The legislation, which was poised to stay in effect until the end of 2020, is likely to be extended in its existing form, as reported.

These new “golden power” measures have mainly extended the timeline of the deals affected such measures, according to Michele Carpagnano, an Italy-based Partner at Dentons law firm.

Meanwhile the Italian government is expected to maintain its cautious approach in dealing with foreign direct investment (FDI) rules, he added.

Next year, IPO activity is likely to be led by companies in resilient sectors such as healthcare, medtech, biotech and technology, as well as by technical listings such as FCA’s’ [BIT:FCA] Comau, said Paolo Garzarelli, head of ECM Italy at UniCredit. Seco, Philogen and U-Group could be potential candidates for a listing, he suggested.

Castaldo said that 2021 could mark the recovery for the Italian ECM market, adding Italian orthopaedic prosthetics producer Lima to the IPO pipeline.

Ferigo Foscari, Partner at White & Case, suggested that there could be between five to 10 IPOs in COVID-19-resilient sectors as well as niche sectors.

Listings in Italy dwindled decisively in 2020 both on the main platforms and on the AIM segment, Castaldo said, adding that the only large IPO was GVS [BIT: GVS]. The manufacturer of filters and components for applications in the medical sector raised almost EUR 500m through its MTA listing.

Overall, the revival of M&A in 2H20, partially spurred by online and remote negotiations, shows that market players have adjusted to the pandemic environment, which promises optimism for deal making activity in the months ahead.

by Giulia Lasagni in London and Valentina Caiazzo in Milan, with analytics by Zaynab Dost 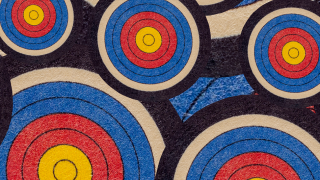