In Wolf Theiss' series focusing on key markets in the CEE/SEE, we turn our attention to Poland, the largest economy in the region.

Poland's steady ascent over the past two decades to become the region's largest economy has made it the go-to M&A market in CEE/SEE. More than €18.9bn worth of deals were tallied in 2019-20, 69% higher than Austria, the next-largest market. Indeed, four of the top ten deals took place in the country including the second largest deal in the region which saw French telecoms group Iliad purchase Polish mobile provider PLAY for €3.7bn. 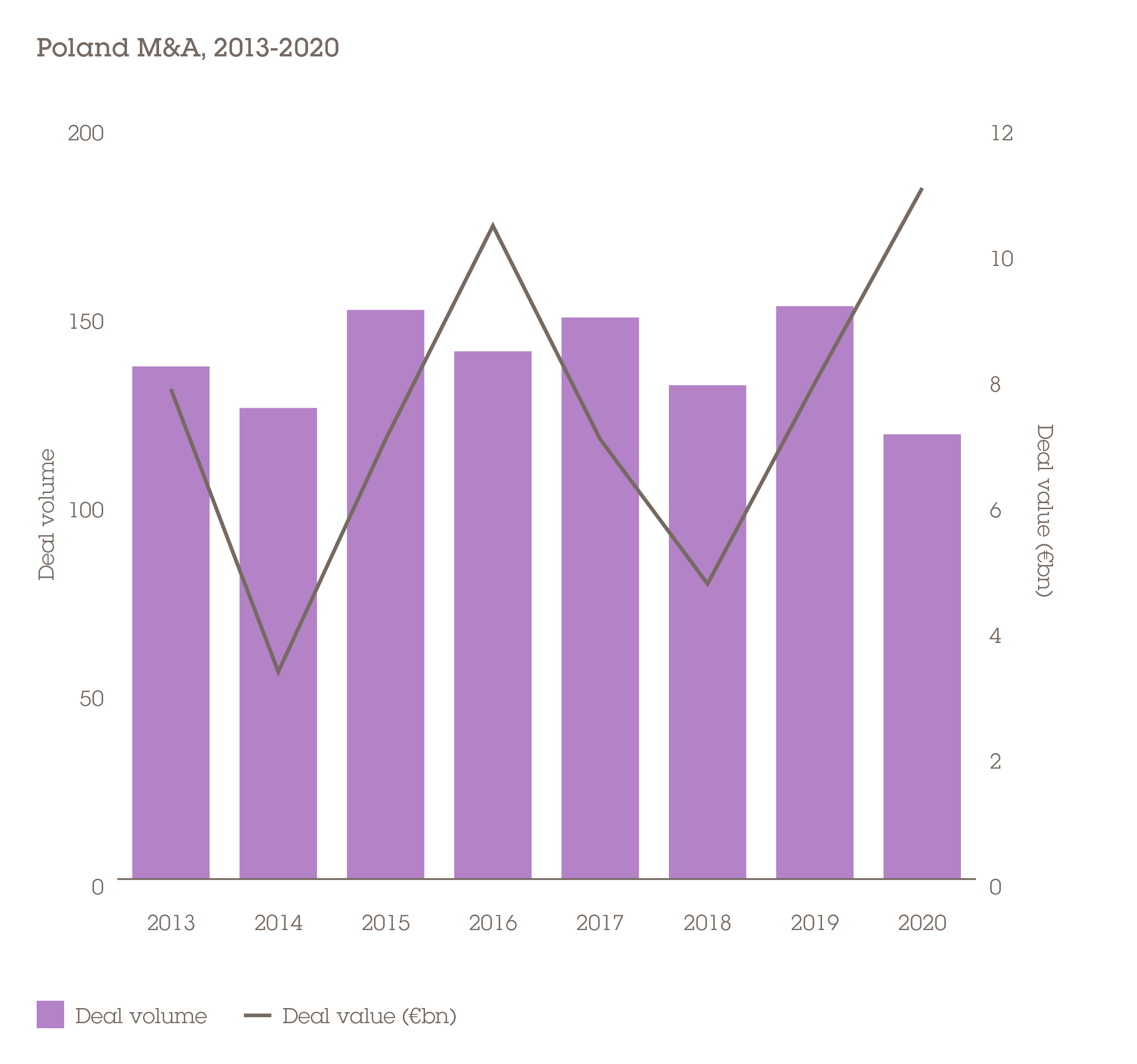 The pandemic finally put an end to a decades-long growth streak that even the global financial crisis could not interrupt. However, its GDP decline of just -3.6% in 2020 was the smallest contraction of any of the European Union's major economies and growth of 3.3% is forecast for 2021.

Poland's response to the pandemic has been mixed, with the first wave having been handled effectively. The country has had more COVID infections than any other in the region but it also has the largest population. There had been 30,008 cases per million as of 13 December 2020, the lowest rate of the five countries tracked in this section once adjusted for population size. But the second wave has not been as well managed and Poland now has one of the highest death rates in the EU.

EU friction but no exit

Following its victory in the parliamentary elections in 2019, maintaining a majority in the lower house, the Sejm, the Law and Justice (PiS) party secured another win in July 2020 with the re-election of incumbent Andrzej Duda in the presidential elections. This ensures some degree of stability within Poland's political institutions until the next election cycle.

There are concerns over PiS's discordance with the EU, however. Along with Hungary, Poland had threatened to veto the EU's €1.8 trillion budget and coronavirus recovery fund over a condition to reinforce judicial independence and the rule of law. Critics argue this independence has been eroded over the past five years under PiS and there has been civil unrest.

Friction between Poland and the EU remains a point of contention and could be an issue for some time. But short of any definitive decision by either side for a withdrawal from the EU, this is unlikely to have much impact on Poland's large, stable economy or its proposition as the most compelling M&A market in the region.