In Wolf Theiss' series focusing on key markets in the CEE/SEE, we shine a light on Hungary.

Hungary has a smaller economy than any of the four above countries, but it also has one of the smallest populations, on par with Austria. GDP per capita is therefore on level with Poland and Romania and above the rest of CEE. This comes from Hungary's head start. The country was the first post-communist nation to liberalise trade, deregulate markets and introduce a wide-ranging privatisation policy. This attracted foreign capital into greenfield investments that helped to quickly modernise the economy by harnessing technology and creating employment.

However, under the current administration, the state has played a far more prominent role in M&A, with the nationalisation of assets and businesses coming under the ownership of government acquaintances.

Naturally, this is a challenge for private investors as it distorts the market's competitive dynamics. Seemingly impromptu 'special taxes' on the revenues (not profits) of certain sectors has also complicated matters in the past for investors, who are inherently averse to uncertainty.

In 2019-20, there was €3.4bn-worth of deals, with the biggest one coming in the financial services sector. The state-owned Budapest Bank was bought by savings group Magyar Takarekszovetkezeti Bank for €2bn. 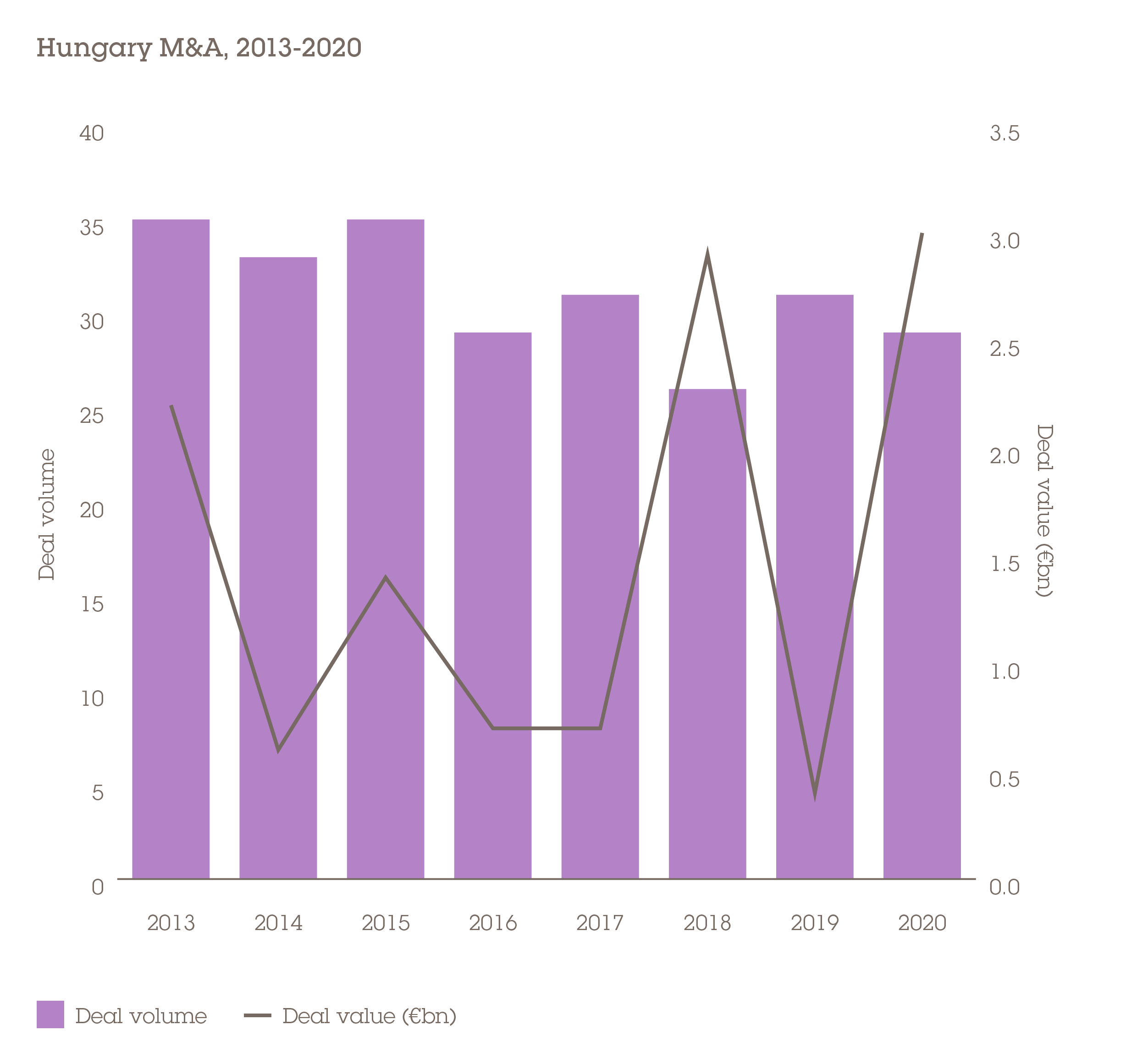 An economic contraction of -6.4% in 2020 outperformed much of Western Europe and a respectable 4% expansion is forecast for 2021. This has been helped by the country's relative success in keeping COVID infection rates down. The 28,618 per million cases recorded as of December 13 is lower than Romania, Czech Republic, Austria and Poland.

However, Hungarian politics have proven controversial in recent years, Prime Minister Viktor Orban's government drawing opposition both from the public and in Brussels. Poland and Hungary were the only two countries to threaten a veto of the EU's €1.8 trillion budget and coronavirus recovery fund, which came attached with a rule of law mechanism. Ultimately, the funding was successfully negotiated, which will deliver a welcome shot in the arm for Hungary's economy. However, its fraught relations with the EU will remain a political focal point for investors.