Romania could be a land of opportunity for dealmakers in 2021

Romania could be a land of opportunity for dealmakers in 2021

In Wolf Theiss' series focusing on key markets in the CEE/SEE, we explore Romania, which is ripe for an M&A revival.

Romania remains something of an untapped trove. The country has a GDP per capita that is broadly in line with that of Poland and Hungary, and is the second most populous nation after Poland. At the same time, only €1.5bn worth of assets transacted in 2019-20, less than one-tenth of Poland's total. Indeed, the country’s largest deal, which saw Orange Romania acquire a 54% controlling stake in fixed operator Telekom Romania, did not even qualify among the 20 biggest deals in the region, with a value of €269m. 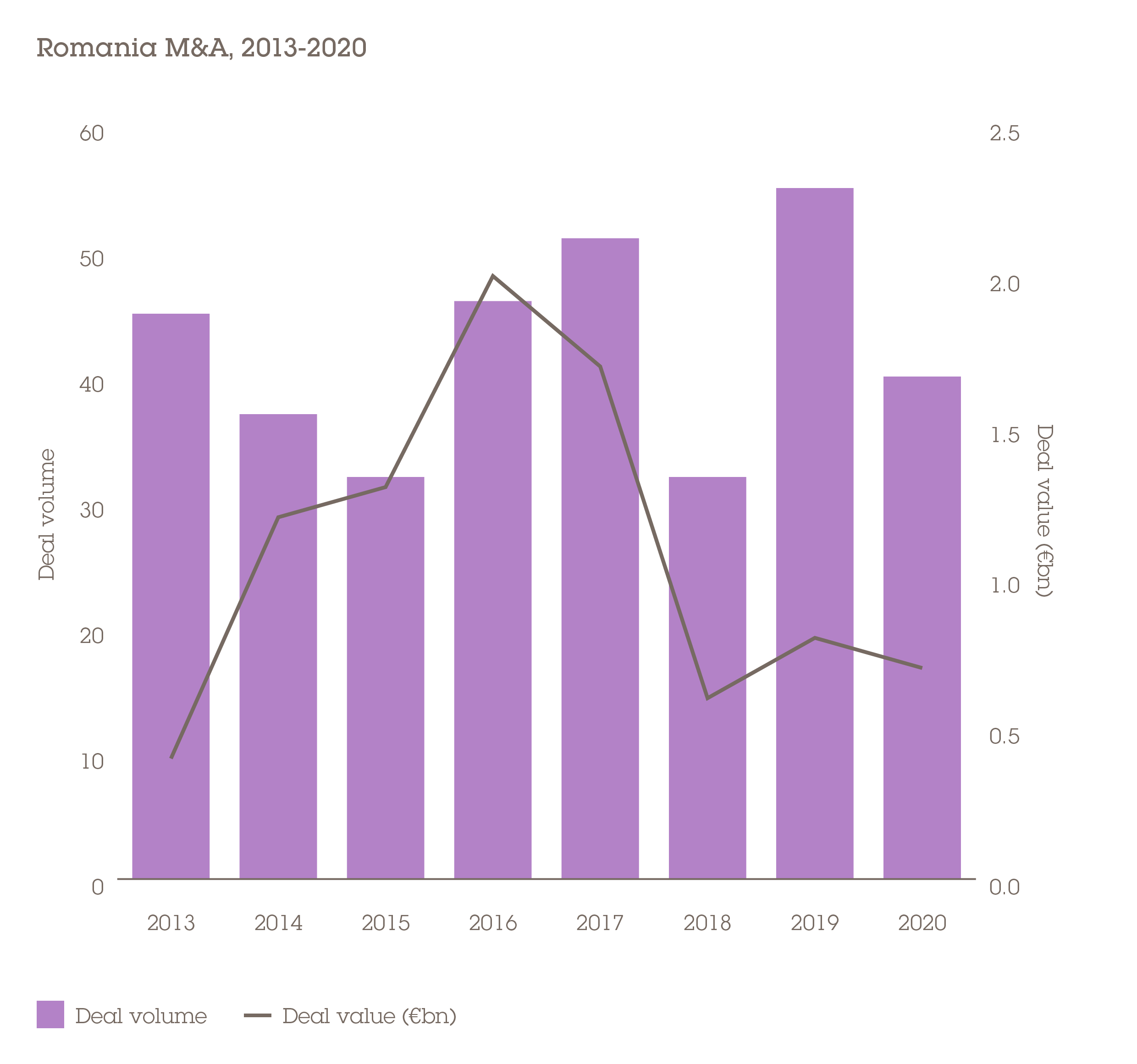 However, it seems likely that over the next five years Romania's share of CEE deal activity should increase as it converges with nearby markets. The country has coped with the pandemic very well, with 28,799 COVID cases per million, nearly half that of the Czech Republic. Consequently, GDP was down by a relatively benign -5.2% in 2020, with growth of 3.3% expected in 2021.

The political landscape has been challenging in recent months. After the National Liberal Party unexpectedly lost the parliamentary election in December 2020, Prime Minister Ludovic Orban promptly resigned, Defence Minister Nicolae-Ionel Ciuca stepping into his shoes as acting PM. With the opposition centre-left Social Democratic Party winning the majority of the vote, the new coalition government is likely to be polarised which may frustrate the legislative process going forward. From a longer-term perspective, however, Romania has a more harmonious relationship with the EU than either Poland or Hungary's current administrations and its fundamentals remain an attraction for those with a long-term investment horizon.