Positive momentum across MENA’s M&A landscape is expected to continue next year, with technology touted to be the hottest play along with distressed sales, sustaining the recovery in 4Q20, dealmakers have told this news service.

Deals in the MENA region recovered to USD 17.6bn in 4Q in value terms compared to USD 5bn in the same quarter a year before, according to Mergermarket data. The value of deals stood at USD 3.8bn in 3Q20.

Most of the deals in the fourth quarter came from the consumer-focused sector, which witnessed a massive 2,000% jump in deal value to USD 3.8bn in 2020. Financial services witnessed a 253% increase in deal activity this year and stood at USD 27bn. Energy and utilities took a lion share in terms of deal activity, while deal value rose by 115% to USD 33bn in 2020.

Hot sectors such as technology are expected to see further investment along with distressed sales, according to seven dealmakers.

The technology sector which saw many players insulated – and even benefiting – from the COVID-19 pandemic will continue be the key sector for M&A activity, said Rajgopal Pai, partner at KPI, a Dubai-based financial advisory firm.

Many technology firms are planning to make inbound and outbound investments.

Seidor Procons could look opportunistically at acquisitions of small and medium-sized IT enterprise resource planning (ERP) solutions providers in Saudi Arabia, as reported by this news service. UAE-based Multiply Marketing Consultancy may plan to acquire companies in digital marketing in the United States. Multiply is a unit of Abu Dhabi-listed International Holding Company [ADX:IHC].

JGroup is in active talks to buy stakes in advertising technology and search engine companies, Imad Jomaa its founder and president told Mergermarket. The Lebanon-based holding company seeks to invest less than USD 10m each in each of these companies that are based in the US and the UK.

With the UAE and Israel normalizing diplomatic relations in September, interest is also expected to come in from Israeli companies, which may acquire fintech start-ups, he added.

Overall buying interest has been fuelled by low interest rates and pent up demand from the major 2Q impact of the COVID 19 pandemic, Will Seivewright, a partner and head of corporate in Middle East for DLA Piper said.

Elsewhere in the region, investors have been trying to get a foothold in Egypt by preferring to invest in existing players, according to a fintech executive based in Cairo.

The fintech industry in Egypt is expected to grow significantly in 2021, backed by government initiatives such as e-government and electronic payments, according to this executive.

In November 2020, the board of Raya Holding for Financial Investment [RAYA.CA] gave its preliminary approval for the sale in its non-banking financial services subsidiary Aman for E-Payments to the National Bank of Egypt (NBE), as reported.

In September 2020, Ebtikar hired EFG Hermes to advise on a potential IPO on the Egyptian bourse for the firm or one of its e-payment subsidiaries. Ebtikar is a non-banking financial services subsidiary of MM Group [MTIE.CA]  And in October, Ebtikar reportedly received multiple offers from unnamed local and foreign investors for stakes in two of its fintech subsidiaries Bee and Masary, as reported.

However, valuations of these companies remain a concern, according to industry experts. The valuations are obviously not as rich as they were a year before, but a lot also depends on the sector and the reason of the transaction happening as well as the intentions of the buyers and suppliers, Shailesh Dash, founder and board member of Future Capital Group said.

In addition, government related entities (GRE) across the Middle East region are also expected to play “a critical role” in the economic recovery through investments in the private sector and also “unlock value” through privatisation programmes or sell down stakes to reduce costs and improve services, according to Romil Radia, deals chief operating officer and markets leader at PwC.

Abu Dhabi National Oil Company (ADNOC), a UAE-based state-owned energy firm, is among viable bidders for a domestic offshore oil company, according to a newswire report.

There has been a “wave” of distressed M&A transactions in the market and most of them are in financial services and consumer, said Pietro Castronovo, managing director at Alvarez & Marsal.

Among a number of examples, GP Global, a commodities firm based in the UAE, could sell certain assets for repayment to creditors after failing to get a buyer for its trading arm, according to a newswire report. Potential buyers have been sitting on the sidelines to buy these assets. Union Properties, a UAE-based property developer is planning to buy distressed assets in the healthcare, education and hospitality sectors, a news report quoted its chairman Khalifa Hasan Al Hammadi as saying. The value of such acquisitions could be in “millions or billions” of dollars, he added.

Sustainability and cash flow issues have forced many companies to sell up or look for investors. Debt repayment challenges are also forcing owners to look at the option to sell off some business and focus on the core, KPI’s Pai said.

Many private equity funds focused on the region have just completed fundraising rounds, according to Mahmoud Selim, an investment banking veteran of more than 20 years, most recently at Egypt’s HC Securities. Financial services, tech enabled industries and services, logistics, healthcare and food & beverages are likeliest targets for keen sponsors, he added.

by Siddesh Mayenkar in Dubai & Atef Hassan in Cairo 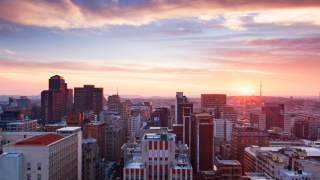