Deteriorating economy could accelerate dealmaking in France in the short term, with strong PE activity to be sustained by robust Healthcare pipeline

After dealmaking in France almost shuttered to a halt in 2Q20 and 3Q20, bankers, lawyers, and PE professionals polled by this news service expect the strong return of M&A activity in 4Q20 to carry over into 2021.

"It doesn’t feel like we’re in a crisis,” Freshfields’ Managing Partner Herve Pisani said. “In terms of volume, [M&A activity] is quite amazing, and we are extremely busy – and it’s the same for most of my colleagues on the French market.”

“It’s a little bit like the Wild West,” Bredin Prat M&A Partner Kate Romain said. “One partner said, ‘people’s animals’ instincts are coming out,’” given the flurry of deals Bredin Prat has been asked to advise on.

Still, the repeated lockdowns of 2020 will have long-lasting economic consequences. “Waves of companies may go into default,” once state aid to companies comes to a halt in 2021, Linklater’s head of M&A Bruno Derieux said. Some companies will face liquidity issues when the aid stops, he said.

“We could have a pretty bad economic situation coming,” which constitutes one of the drivers of the ongoing M&A rebound, Romain said. “We’re looking at deals that are getting done very quickly. The thinking is that that the world could change in three months,” she said.

France has seen a number of blockbuster deals in the industrials, medical, and business services sectors, which have bolstered M&A volumes even as the number of deals plummeted.

On the industrial side, waste management giant Veolia’s [EPA:VIE] pending acquisition of rival Suez [EPA:SEV], in a deal estimated to be worth EUR 22.3bn. Going into the new year, French conglomerate Thales [EPA:HO] may reportedly merge its IoT subsidiary with Canadian firm Sierra Wireless, while Engie [EPA:ENGIE] has recently appointed Credit Agricole to manage the sale of its industrial maintenance and energy services subsidiary Endel, as reported.

Meanwhile, dealmakers expect the struggling retail and travel sectors to see consolidation next year. However, they didn’t rule out companies in these sectors being saved by a timely rollout of the vaccine and a swift resumption of pre-COVID activities.

Industries which have been relatively insulated from the impact of COVID will continue to be active on the M&A front. This includes companies operating in the business services, healthcare, IT, and digital sectors, Argos Wityu Managing Partner Karel Kroupa said.

On the medical front, French drugmaker Ipsen [EPA:IPN] announced this month that it was looking to spend EUR 3bn by 2024 to expand its pipelines, including via acquisitions.

Consolidation is also highly anticipated for banks and insurance companies, Freshfields’ Pisani said. However, M&A professionals have been anticipating this for a few years now but have not yet seen this kind of activity, he said.

Societe Generale’s [EPA:GLE] Lyxor fund management business is reported to be of interest to French asset manager Amundi and BNP Paribas. Meanwhile, Credit Agricole would be looking to offload some of its foreign divisions, with a spokesperson for the French bank confirming that its Dutch division was up for sale.

Deals in the payment solutions sector are also anticipated. “There is a new generation of assets on the market which are linked to payment solutions,” Pisani said. He expects Advent International to be on the lookout for these kinds of targets in the new year. Advent, together with Bain Capital, acquired Vantiv, Worldpay, and Nets in the last few years. Advent also acquired a majority stake in Transaction Services Group in 2019. Advent is always keen to buy payment companies as Advent is Europe's top private equity investor into payments, a spokesperson for Advent told Mergermarket.

Family-owned engineering firms are also looking to explore their options, Bredin Prat’s Romain and Freshfield’s Pisani said, without specifying which firms. It’s part of a larger trend, Romain said. “It’s a generational flip,” she said. “A lot of family-owned companies were established and became great in the last 35 years, and their founders are all 70 and over. We’re in that turnover period.”

The number of private equity buyouts has remained muted in Q3 and Q4. After the value of PE buyouts witnessed a sharp decline in Q2, it climbed slightly to EUR 5.7bn on 48 deals in Q3, before dropping again to EUR 4.9bn in Q4 with 46 deals.

Nonetheless, private equity firms have a lot of dry powder to increase activity in 2021, B & Capital’s Lozowski and Argos Wityu’s Kroupa said.

“There’s been no slowdown in potential opportunity sourcing to build pipelines,” Kroupa said.

Healthcare is the most anticipated area of activity, with many PE exits expected in 2021, Linklater’s Durieux said. In 2018, CBA Informatique, which provides management software for independent nurses and health care professionals, sold a 40% stake to Five Arrows Principal Investments. Eurazeo acquired clinic operator C2S Groupe in 2018 and appointed Rothschild in November 2020 to advise on its exit.

PE firms will be most likely to sell healthcare companies with laboratories which benefitted from the increased need of COVID-19 testing, JP Morgan’s Head of Corporate Finance and M&A France Augustin d’Angerville said.

“Chinese and Asian investment isn’t nearly what it was 2-3 years ago,” Pisani said. It’s partially because Asian and Chinese investors are not made to feel particularly welcome, and partially because in France, it’s necessary to be on the ground and manage companies hands-on, Pisani said.

JP Morgan’s d’Angerville believes the world is moving towards a period of economic nationalism, in which domestic consolidation, such as that seen with Worldline and Ingenico, will take precedence over cross-border acquisitions, as governments and citizens focus their concerns on domestic economic recovery.

Pisani agreed that there will be some movement away from cross-border transactions, but only to a point. “The limit is how much money is available in France to invest,” he said. “When you need money, you need to be realistic” and consider funding from foreign sources.

by Jax Jacobsen in Paris, with analytics by Mate Taczman 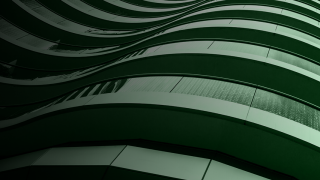